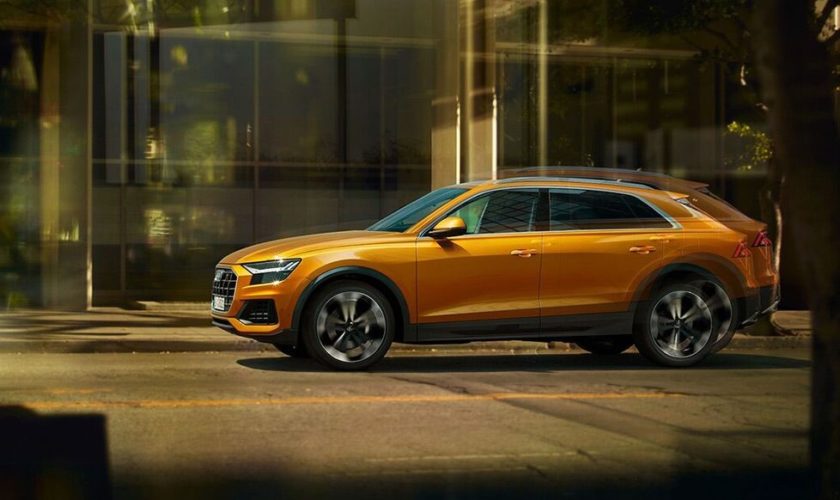 The Q8 is the latest flagship SUV from Audi, and sits above the Q7 and alongside the A8. It’s lower and wider than a Q7 but is built on the same wheelbase with a very distinctively styled roof. With other SUV coupes around, the Q8 is rather special by itself. The Q8 comes in as a CBU import and the SUV can be ordered and had immediately, if you’re not too keen a personally customised car. And Audi have recently launched a more affordable variant of the Q8, called the Celebration. It is priced at ₹ 98.98 lakh (ex-showroom, India) and is cheaper than the Technology variant. Deliveries are set to commence in November this year.

The Q8 is a massive SUV, but there are lots of details that give it its gorgeous appeal. The single-frame grille is huge, octagonal in shape. But it looks bolder than most Audi grilles. The frame, slats and lower air intake surrounds can be customized. The beautiful Matrix LED headlights also include a unique DRL design, while the sleek tail lights look contemporary. It gets wide front and rear fenders and comes with 19-inch wheels as standard. It is indeed an appealing SUV, and is sure to lure buyers.

The new Celebration variant comes in 11 exterior colours and four interior themes, but does not come customisation options.

The Q8 is powered by a 3.0-litre, V6 turbo petrol engine that is coupled to a 48V mild-hybrid system and makes 340hp and 500Nm of torque, with power being sent to all four wheels through an 8-speed torque-converter automatic transmission and Audi’s Quattro system.

The Audi Q8 packs in a punch, but comes at a price. It has a beautiful interior with lots of room and is loaded with features. It also rides well, and while it may not score high on the handling front, it certainly has you floored with its extraordinary design language. The Q8 won’t sell like the Q7, but then, it doesn’t have to; it’s special, and we’d be better off seeing just a few of them on the road. Also, grab the latest info on the new cars, only at autoX. 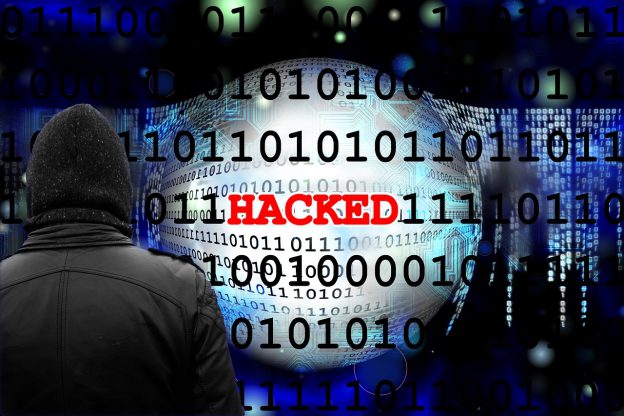 Data and information are the key to the success of any business. Information is sacrosanct and any business has the undisputed right to preserve its unique set of information so that it can ensure its growth. The birth of first computer in 1946 and consequent growth in technology, businesses have grown rapidly. Computers and allied technology are extremely ethical in their functions. Whatever is given to them they give it out processing selflessly. Most of the men are also ethical but sometimes due to their innate psycho-emotional complexities of nature, a few of them digress from ethical pathways and resort to backdoor misdeeds.

Those, distinguished men, categorized as cybercriminals are endowed with valueless intelligence, They are smart enough to access one’s personal information by using adjacent smartphones to intercept the sound of one’s typing. The acoustic signals can be picked up successfully by a smartphone. These intercepted sounds can then be processed and can be deciphered by an adept hacker to know exactly the message typed. With this type of backdoor tactics at their (hackers) disposal, the habit of merely avoiding the suspicious emails would not be able to keep them secure against such privacy-intrusions. This calls for a need for having much more advanced tactics of cyber security which are as follows:

Thus, in a competitive business environment where unscrupulous hackers exist, practicing advanced cybersecurity tactics is the best practice which must be religiously adhered to.’Kaizen’, the Japanese philosophy of continuous improvement must be institutionalized into cybersecurity networks systems so that the business world is always on it’s toes to establish & maintain effective counteractive mechanisms to weed out hacking and thus ensure growth in economy. 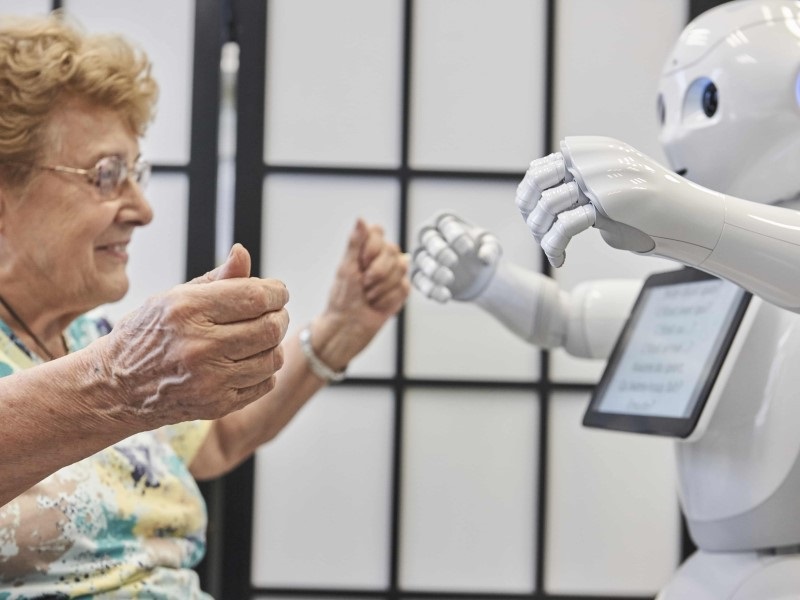 Kodak and Verbatim both offer archival media a number of clients are becoming frustrated with the standard of build of jewel cases like people who Kodak and Verbatim use to ship their recordable CDs and DVDs, regrettably within this era manufacturers have attempted something to keep costs lower like the decrease in the standard of the occasions. Now, I received our first shipment within the new Kodak Archival Disc Sleeves. These thin plastic pouches are really silverised getting metallic coating and safeguard against damaging light as well as heat – the packaging states they’re a ‘metalised nano coated’ wallet and safeguard against light as well as heat and they are eco-friendly.

There’s two facts to consider when you’re searching towards the archival info on recordable media especially DVD, CD and Blu-ray dvds – their shelf existence additionally for their durability after recording. Who might wish to record a disc then pop it securely in a situation only to return inside it a few years later to get some precious photos or maybe a backup only to uncover there’s been disc read errors because of media degradation – nobody, plus many situations this can be greater than a tragedy, getting pointed out which i have CD’s that people burned greater than ten years ago but nonetheless fine – they weren’t even particularly archival media instead of stored in any particularly special atmosphere!. Disc shelf existence is really a factor you’ve little control of nonetheless the volumes of dvds offered nowadays ensures that every disc you purchase must be reasonably ‘fresh’ as they say.

Burning dvds for archival backup purposes could be a different matter from recording for presentation or temporary bandwith between locations. The commonest use of DVD-R presently is fantastic for archiving of video and audio clips, photos, images, etc, meaning you have to be sure the files may be read or performed inside a lengthy time time with no media coming back data studying errors.

Surprisingly nonetheless the particular existence time period of the recorded bit of media whether that certainly be a CD, DVD or Blu-ray dvds is dependent upon storage quality, if humidity especially temperature aren’t within manufacturers specifications media will deteriorate and understanding will most likely be lost because the recordable layer on these kinds of disc is a natural dye. However, the rules for tolerance on these specifications are fairly forgiving up to now as CD, DVD and Blu-Ray dvds are participating. Heat as infrared and lightweight-weight as Ultra crimson light happen to be proven to achieve probably the most serious impact on disc degradation, the easiest explanation would be to consider the way in which a picture will deteriorate if left in the world round the window ledge – very similar may happen for your burned dvds if left to become vulnerable to both of these factors.

To example why museums decide to store their exhibits inside pressboard boxes frequently in humidity and temperature controlled environments, so missing overall your recorded dvds in blackout materials and putting them within the loft inside the vivarium in the constant temperature you are searching for different strategy to safeguard your dvds! The brand-new Kodak sleeves are made getting a plastic type synthetic material that has been coated with metal, across the packaging it’s name is ‘metalised nano coating’ plus it appears as though the sleeves are really sputtered with aluminium as well as other silver coloured metal. This provides a sleeve or wallet that you simply can’t predict it’s this coating that keeps heat out furthermore to damaging Ultra crimson light.

So the link between my findings getting tested these new wallets from Kodak – The Kodak Archival disc wallets – I understand they are an excellent addition for that archival method of individuals consumers and users which have sensitive and precious data supported onto DVD, CD and Blu-ray – they effectively block the sun’s sun rays from reaching the dvds recorded layer and they are very thin but durable. The wallets may also be labelled or described getting an enduring marker, over-all a great product around £6 for 50 a trade to make sure unable to important data, video or photos.

What Part-time Jobs Are the most effective For You?