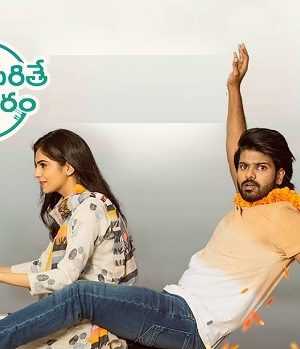 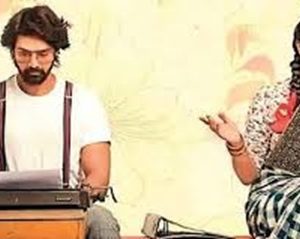 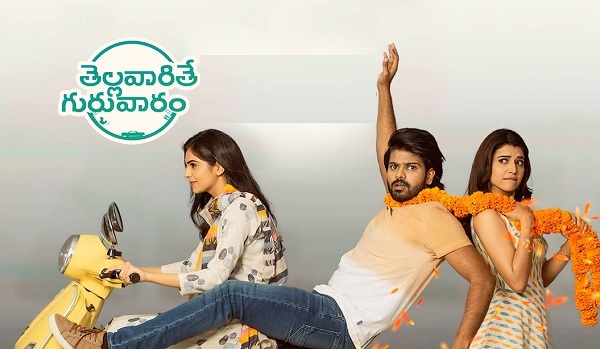 South Indian movies are superbly written, brilliantly scored, and are given life by experienced actors. However, a suitable platform for watching these movies and OTT content was not available. Now you can watch all types of recent online movies and OTT content of South India through the AHA app. For example, recently released films like ThellavaritheGuruvaram is already available on this platform.

The story takes on the notion of comedy in a different aspect. The film opens on a set of an early morning wedding. However, the main two protagonists of the film, namely Veeru (played by Sri Simha) and Madhu (played by MishaNarang), are not interested in marriage as they are troubled by their issues. What are they? What will they do? Will they abscond from the wedding? Then, what will happen to their parents? These questions can get answered by watching the film in the theaters, or the AHA app, a one-stop destination for south Indian cinematic and OTT content.

Most cine lovers like the storyline and the movie setup are also worthy of special mention. The journey of love for two souls meeting at their wedding can itself be a goldmine for romantic emotions and drama, and proper cultivation would have created an interesting and poignant cinematic moment. However, the film does not use these moments to their fullest extent. Several scenes seem to reach a forced conclusion, characters lose their development graph midway, and overall the story is unwound on a so-so basis.

The acting of the hero and heroines are quite a treat to watch. Sri Simha has improved significantly from his first film, be it in the looks department or the acting. He has beautifully portrayed some of the romantic and emotional scenes, and his progress is evident in his dialogue delivery and body language. MishaNarang is spotless as the innocent bride and does well in the emotional scenes. The character graph of Chitra Shukla needed better handling; still, the artist did justice to her roles.

A must-watch performance of the film is that of comedian Satya. His acting is hilarious, and he evokes effortless laughs from the audience in his scenes. His scenes and situational comedy gels perfectly with the narrative he is present in and doesn’t impede the film’s flow. The second half, however, could have been faster and free of predictable scenes.

The verdict on technical aspects

The film’s production values are top class, and the camera work depicting the nighttime scenes of the wedding is exemplary. Editing is so-so, along with the music, but the BGM work by musician KaalaBhairava is impressive. As for the director, his inexperience may have been responsible for the non-recognition of the important conflict points, but his eye for comedy is very good.

If you like romantic comedies and don’t want to go to the theaters, watch them in the aha app, the platform for new Telugu movies online and OTT content. 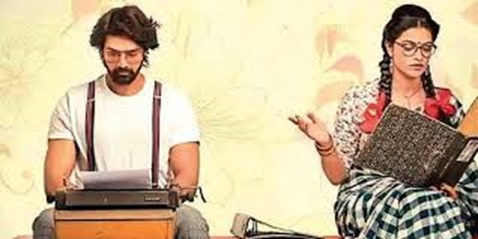 Bhanumathi and Ramakrishna is a Telugu romantic movie. This whole movie duration is 1 hour 33 minutes. Released on 3rd July 2020, This movie is directed and written by SrikanthNagothi. The producer of this movie is YashwantMulukutla. Shivam Bhardwaj and cinematography give the music of this movie by Sai Prakash U. Cast members of this romantic movies online, which is available on anIndian movies online watching platform, are Naveen Chandra SalonyLuthra Raja Chembolu, Harsh Chemudu.

Bhanumathi is a metropolitan lady who’s executing it in the corporate world and is more centered around her profession and free than everything else. She is unashamed about her life’s decisions, and she loathes average quality, particularly from her men. Her beau Ram dumps her for a 24-year-old young lady, and Srikanth shows how she handles it. There are no sensational tears, notwithstanding the pressure. All things being equal, she goes out to shop, snatches burger suppers, colors her hair, and goes on arranged meetings. And afterward, there’s Ramakrishna, a man from a working-class family in Tenali who joins her group at the workplace. He’s unadulterated, loaded up with unassuming community guiltlessness, and things like observing Sankranthi with his family are what make him cheerful. Simply the sort of conduct Bhanumathi abhors.

The vibe is a great factor in the film is so pleasantly executed, and through the portrayal, there is not any exhausting angle in the film. The circumstances, how love creates between a remarkable lead pair, discussions this is displayed in an exceptionally reasonable way. In addition to this, relieving BGM and music keeps things powerful.

For the most part, the film is told from the champion’s perspective, and SalonyLuthra is simply stunning as Bhanumathi. The way a 30-year-old lady gets disappointed with her separation, how she builds up an adoration for a humble community fellow and shows shifted feelings, Salony has done it brilliantly. She glances very severely in her character however is very cute and is an eminent find.

Yet, the one who captures everyone’s attention is Naveen Chandra. He by and by demonstrates what an amazing entertainer he is. With AravindaSametha, he displayed his reckless side, and now in Bhanumathi, he is so particularly charming as the modest community fellow. With his non-verbal communication, exchange conveyance, and blamelessness in his eyes, Naveen has depicted it wonderfully, displaying what a misjudged entertainer he is.

The sentimental circumstances between the couple are reasonable and are not constrained. The straightforward discussions, everyday exercises where the lead pair begin preferring each other are shown so well. HarshaChemudu is generally excellent in his comic job, and numerous unhitched males can identify with his character.

Tollywood has gained immense popularity rather than any other film industry, continuously increasing day by day. It is the part of Indian film focused on the formation of motion pictures in the Telugu language, extensively spoken in Andhra Pradesh and Telangana. The overseers of this industry consistently accompany new fascinating ideas and stories. Films in Andhra and Telangana are impressively more than a technique for redirection; they are a religion. Tollywood gets a huge load of repeat swarm for films with ‘A’ good performers, which is only sometimes found in other film industries. This industry is constantly creating Megahits, which can likewise be mainstream out of India globally. There is no extent of Nepotism like some other film industry in the Telugu film industry. Telugu motion pictures can, without much of a stretch, make films assortment in crores. Lately, numerous Telugu motion pictures have been sold out at the cost of around 100-200 crores rupees. It has additionally Hindi watchers at a huge scope who like to watch these Telugu movies online in the naming configuration. one can discover many motion pictures with great diversion and charming stories.